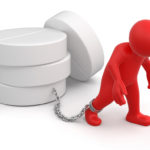 Purdue pharma the company that planted the seeds of the opioid epidemic through it’s aggressive marketing of Oxycontin, has long claimed it was unaware of the powerful opioid painkiller’s growing abuse until years after it went on the market. But, according to the New York Times a confidential Justice Department report shows that federal prosecutors investigating the company found that Purdue Pharma knew about “significant” abuse of Oxycontin in the first years of the drug being introduced. Company officials had received reports that the pills were being crushed and snorted, stolen from pharmacies, and that some doctors were being charges with selling prescriptions. But, the drug maker continues “in the face of this knowledge” continued to market Oxycontin as less prone to abuse and addiction than other prescription opioids. Based on their finds after a four year investigation, the prosecutors recommended that three top Purdue Pharma executives be indicted on felony charges, including conspiracy to defraud the United States Government.