Trump’s Justice DOJ Will Not Defend Obamacare In Court 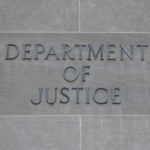 Several states including Texas have sued in federal court arguing that provisions of the affordable care act including the prohibition against applying pre-existing are unconstitutional. The Trump Department of Justice has declined to defend the provisions and has agreed with the plaintiffs that they are unconstitutional. If the suit is successful, insurance companies could once again deny people health coverage due to a medical condition costing millions of people their health insurance